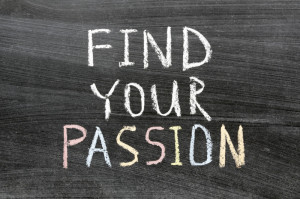 Like many I look forward to time supporting my favourite team at the weekend – especially when the result goes ‘our’ way.

I likened the team sport and networking to a young friend named Darren the other morning when he asked, “what should my expectancy for results realistically be.”

Enthusiasm is a fabulous asset, we all have it, shown in various degrees and it’s usually on display at those times supporting ‘things’ we are most passionate about.

To offer our enthusiasm and passion in an environment of teamwork, whether participating ‘on the field’ or supporting is invaluable.

Darren is relatively ‘new’ at the regular ‘Biz’ meeting experience … and I simply suggested that he should bottle the positive attitude and bring it along, drip-feeding the meeting each week … show the network colleagues what you have and witness the results when the message reaches the right people at the right time – over time.

His favourite team had lost their game at the weekend – I wasn’t going to spoil the relationship(!) this early by admitting who I was supporting …

The analysis on defeat I had from Darren was that there were “too many new faces in his side, not enough understanding on the field …”

Darren had answered his own question regarding expectancy of a ‘return’ from within the group. Networking is very much about a team effort and ‘time’ amongst lots of other necessary ingredients is key … by simply spending time with colleagues, learning and understanding about the skills, ability and just what it takes to make each other successful.

Time is the greatest gift; if you can offer your time through regular appearances to your network, then your expectancy should be amply rewarded.

This site uses Akismet to reduce spam. Learn how your comment data is processed.

Reviews of Art, Culture, Film and Drama from an alternative standpoint

Life doesn’t have to be scripted, planned, and pre-defined. Embrace the slips and falls, celebrate the uncertainty, revel in the unexpected.

Out Surfing
The Weekly Business
Seeds4Life
The WordPress.com Blog

The latest news on WordPress.com and the WordPress community.